Why Phone Numbers Stink As Identity Proof: Phone numbers stink for security and authentication. They stink because most of us have so much invested in these digits that they’ve become de facto identities. At the same time, when you lose control over a phone number — maybe it’s hijacked by fraudsters, you got separated or divorced, or you were way late on your phone bill payments — whoever inherits that number can then be you in a lot of places online. KrebsOnSecurity, March 17, 2019 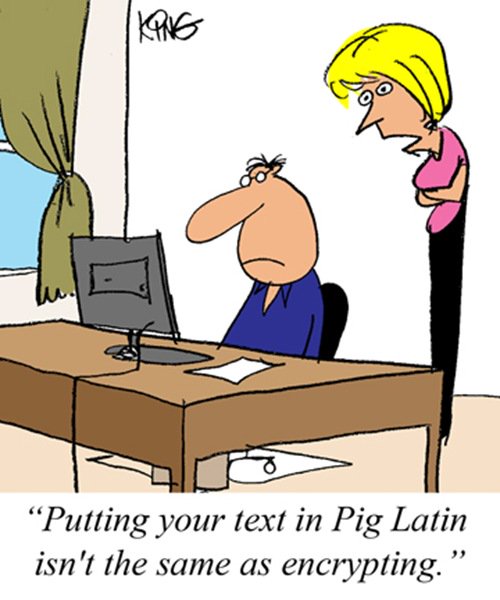 Breaking the cybersecurity stalemate by investing in people: In 2018, the financial toll cyber breaches took on organizations hit $3.86 million, a 6.4 percent rise from 2017. Before last year’s close, analysts at Gartner claimed worldwide spending on infosec products and services would increase 12.4 percent, reaching over $114 billion in 2019. In fact, when the U.S. government announced a 2019 budget of $15 billion for cybersecurity-related activities, it came with a 4.1 percent jump and a caveat: “Due to the sensitive nature of some activities, this amount does not represent the entire cyber budget.” HelpNetSecurity, March 21, 2019

Organisations have been blind to GDPR “business opportunity”: Obsession with headline-grabbing fines has eclipsed the benefits of new regulation. ITPro, March 21, 2019

The Nexus of Information Security and Data Privacy: Why Focusing on Both Can Keep Us Safer: Most year-end retrospectives dub each year as the “Year of the Data Breach,” with each year worse than the one before. But 2018 ended that trend and instead became the year data privacy dominated public discourse. Despite growing breach fatigue, unauthorized data access became personal. When looking at the range of high-profile breaches, the public does not differentiate between Facebook’s mishandling of data with Cambridge Analytica or Equifax’s data breach. While one included a hack and the other unauthorized disclosure, the end result is the same for the victims. Both incidents include unauthorized data access, and ultimately contributed to the growing societal swell in favor of greater data protections. The nexus of security and privacy became the epicenter of the public debate. Instead of acquiescing that privacy is dead or security is futile, this nexus can be the spark that ignites the policy, legal, and technological innovation required to counter the full range of unauthorized data access. CPO, March 22, 2019

One year in, how is the GDPR working? It’s been almost a year since the EU’s data privacy regulation went into effect. It’s been very successful in one regard, but largely failed in another. Slate, March 20, 2019

Norsk Hydro will not pay ransom demand and will restore from backups: Microsoft employees have arrived in Norway to help Norsk Hydro recover after ransomware attack. ZDNet, March 22, 2019

Ransomware Attack Hits Computer Network of North Carolina County: The entire Orange County, N.C., computer network was out of service Monday after it was attacked by a ransomware virus, causing slowdowns and service problems at key public offices such as the Register of Deeds, the sheriff’s office and the county libraries. Governing, March 21, 2019

A New Age of Warfare: How Internet Mercenaries Do Battle for Authoritarian Governments: Sophisticated surveillance, once the domain of world powers, is increasingly available on the private market. Smaller countries are seizing on the tools — sometimes for darker purposes. The New York Times, March 21, 2019

Triton is the world’s most murderous malware, and it’s spreading: The rogue code can disable safety systems designed to prevent catastrophic industrial accidents. It was discovered in the Middle East, but the hackers behind it are now targeting companies in North America and other parts of the world, too. MIT Technology Review, March 5, 2019

Vulnerability in thousands of Medtronic implantable defibrillators could let hackers control devices: The Department of Homeland Security has issued a medical advisory alert over a serious flaw in Medtronic cardio defibrillators. A vulnerability in the implanted products could allow attackers within close proximity of a patient to take control of a device. TechSpot, March 22, 2019

The Cybersecurity 202: Michael Cohen investigators relied on controversial cell-tracking device: FBI agents wanted to search Michael Cohen’s hotel room, but didn’t know which room he was in. So, they used a controversial device that captured his cellphone’s location. The Washington Post, March 21, 2019

Facebook Stored Hundreds of Millions of User Passwords in Plain Text for Years: Hundreds of millions of Facebook users had their account passwords stored in plain text and searchable by thousands of Facebook employees — in some cases going back to 2012, KrebsOnSecurity has learned. Facebook says an ongoing investigation has so far found no indication that employees have abused access to this data. KrebsOnSecurity, March 21, 2019